Did you know that around 25% of people aged between 65 and 74, and 50% of those 75 and older, suffer from hearing loss?  Further to that, around 15% of the general adult population has some kind of hearing trouble.  At least, so says one American study by the NIDCD, who investigate issues surrounding deafness and hearing disability.  In other words, if you're having difficulty hearing, you're not alone.  But despite how common these difficulties can be, many people are very self-conscious about them, to the extent that they refuse to wear hearing aids.  It's believed that some of this reluctance comes from outdated perceptions of what hearing aids are like.  So, are you up to date with modern hearing aid technology?  Here's a rundown of the advancements made in the past few decades:

One of the major factors for a lot of people is the look of a hearing aid.  If you're picturing an old-style device, perhaps it's no wonder.  Earlier hearing aids required large battery packs to power them, which hung over the backs of the wearer's ear.  In reality, they looked quite discreet - but the heavy weight of it, and the fact that there was something there to see could make people feel self-conscious about them.  Through time, however, more efficient ways of powering the devices came about.  These days, devices are small and self-contained-- no need to wear that telltale battery behind your ear.

To talk further about the appearance of the devices, the size and materials used have changed a lot too. Early devices were made out of flesh-coloured plastic.  Some found them quite conspicuous in the ear; if it didn't match your skin tone, it might have been easy to spot.  Again, it wasn't such a big thing - but it felt like it to the wearer.  Modern hearing aids, however, are constructed out of clear plastics and sit inside the ear.  The best models are completely invisible from the outside, as they're small enough to wear in-ear. Frankly, you'd never know you were wearing one.

If you were going to endure the battery pack and the large earpiece, you would hope that your hearing aid was effective.  However, old hearing aids sometimes had difficulty distinguishing between background noise and speech, and it wasn't always easy to control them as a result.  It could be confusing, and the sound quality wasn't great.  Now, devices are well-equipped to distinguish between different types of noise, so the result is vastly improved.

In essence, hearing aids are the kind of tech that just suffers from a bad reputation.  Technology has come on leaps and bounds since many people's negative associations were formed, so if you've been putting off looking into a hearing aid, you might be pleasantly surprised to see exactly how subtle and effective they are. 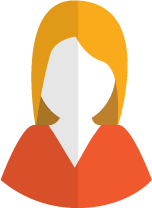 My husband and I have been trying to start a family for five years. My personal experience of trying to conceive has led me to researching both mainstream and alternative treatment approaches. I've also had to learn how to manage stress and take care of myself during this time of uncertainty and emotional ups and downs. I started this blog to connect with others in a similar position and share what I've learned on my personal journey. I write blogs on the treatments we've tried, new treatment approaches that are becoming available and well-being tips that have helped me stay sane. If you have any tips you'd like to share, I'd love to hear from you.